The City of Taylor completed in July its 2017 Pavement Surface Evaluation and Rating (PASER) study, which will lead to future road repairs in the community as part of a 10-year comprehensive plan. Over the past four years, the City has invested millions of dollars in street renovations, reflected by yellows, greens and blues in the map. However, the various shades of red and pink remain a problem. In an era of revenue cutbacks at the local levels, counties and communities have pushed the State of Michigan for some type of comprehensive infrastructure plan, but the state has lagged behind.

In November 2015, Gov. Rick Snyder signed into law a $1.2B transportation package, which began phasing in this year. However, it doesn’t devote the full $1.2B to transportation until 2021. Locally, the City is required to do a PASER study every two years. The study involves visiting every street in Taylor, and rating the “health” of the roadway. The ratings vary from 1 (failed) to 10 (excellent) and everywhere in between. Many of the Taylor’s north-south and east-west thoroughfares are not maintained by the City, falling under Wayne County jurisdiction.

The system was developed by the University of Wisconsin-Madison Transportation Information Center. The visual inspection to evaluate pavement surface conditions, when assessed correctly, provides a basis for comparing the quality of roadway segments. The advantage of this method is that roads may be assessed consistently, constantly and quickly. In and of itself, the PASER study does not define the schedule of the roadwork. Communities are required to prioritize, focusing first on major roads. Once the major roads are upgraded, City officials evaluate the local roads for “greatest need,” which involves many factors, including traffic volume, school access, coordination with other projects, etc. The City also analyzes residential complaints about roads annually, and factors them into the overall schedule.

Goddard and Pardee roads are already on the radar for previously planned improvements, and work on sections of Westlake and elsewhere are underway. Mayor Rick Sollars expects City leaders to finalize the next schedule of road repairs when the next road funding allocations are announced. That work will begin in spring 2018.

The majority of community roadwork funding is captured through Act 51 (essentially the gas tax). Metro Act 48 can also be the source of some local repair funding. Given that 25 percent of Taylor sits in a Tax Increment Finance Authority, road improvements in some locations can be funded by TIFA dollars. The City has attempted to stretch its road repair dollars as far as possible by focusing on panel replacement versus complete road rebuilds. Replacing concrete panels when possible focuses on fixing problematic areas of the roadway without replacing the entire thoroughfare, and keeps costs in relative check. 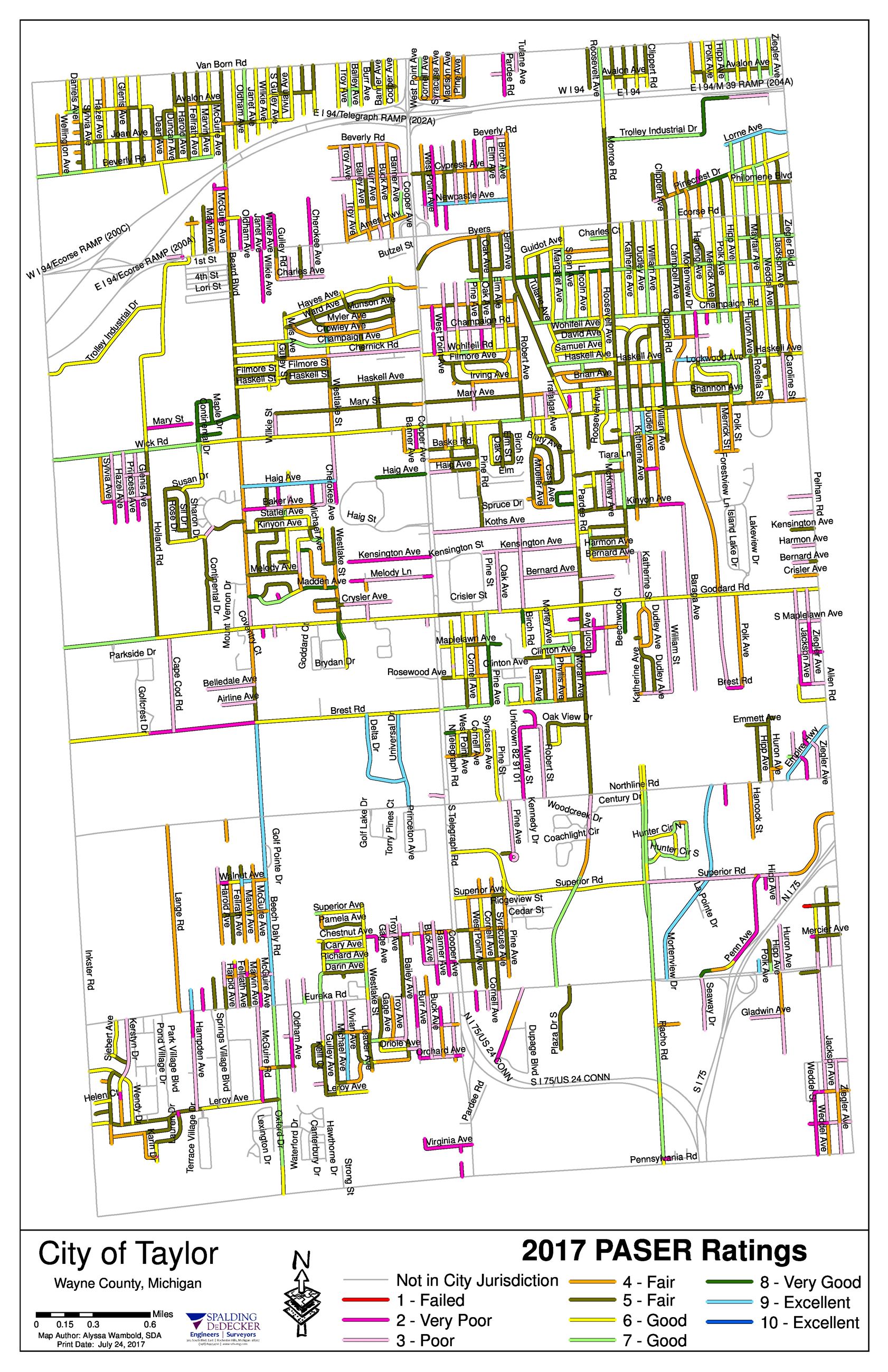