The City of Taylor obtained a grant through the Michigan Department of Environmental Quality to conduct a sewer cleaning and television inspection program for sanitary sewers within neighborhoods of the community.and started the program during the 2016 summer months.

Work is set to begin in some portions of the City in August 2016. The attached map shows the eight areas, Area A-H, where the work was planned. The work will be starting in Area A and proceed to Area B, east of Telegraph. It will continue alphabetically until complete. The Area B west of Telegraph will be completed at the end of the project.

The purpose of the program is to assess the existing condition of the sanitary sewers in an effort to develop a capital improvement program for future rehabilitation and replacement. Through a selective bidding process, the City of Taylor awarded Metro Environmental Services the contract to complete the program. The first step of the program was the cleaning of the sewers with a high-pressure jet using nearby hydrants. 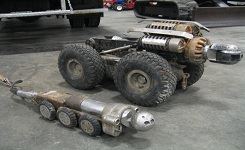 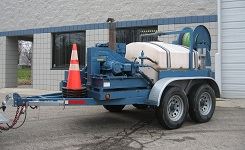 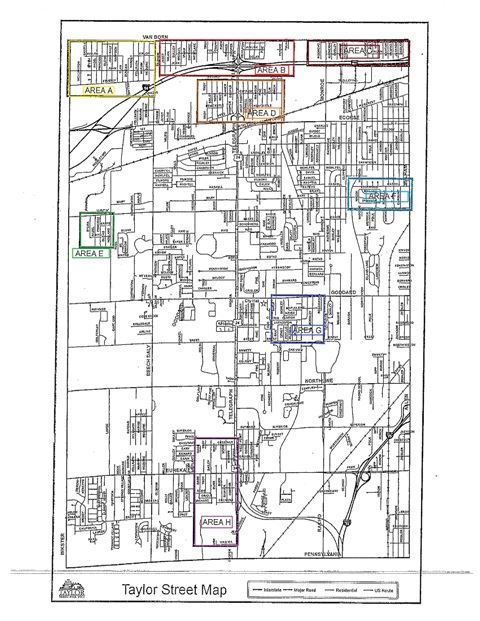