New digital signage to be placed throughout Taylor 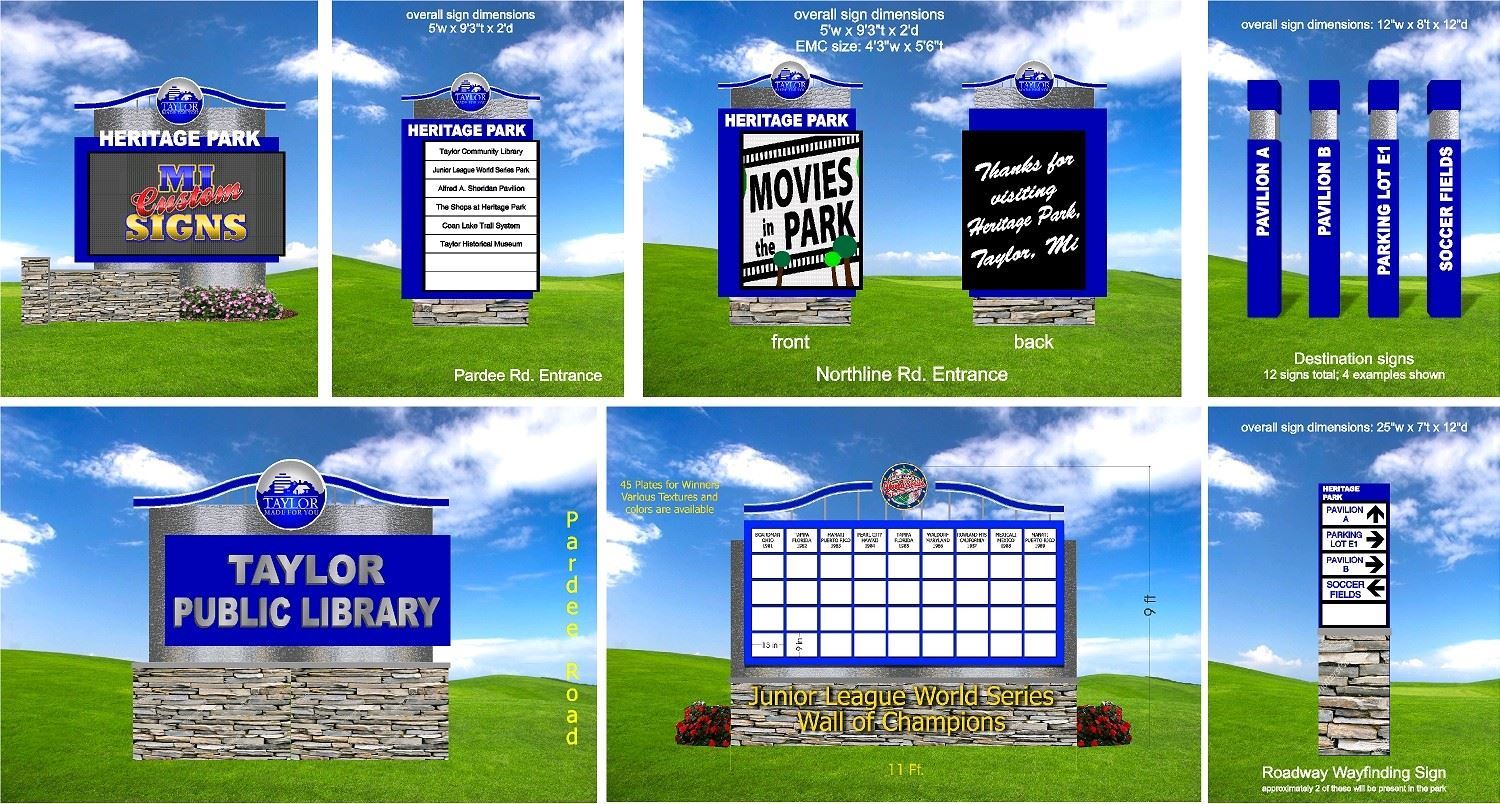 Heritage Park will be getting new signage across the board, including large new hi-tech LED digital marquees along Pardee and Northline roads.
The package, which will be installed by MI Custom Signs of Taylor, was recommended by Mayor Rick Sollars and unanimously approved by City Council during its Tuesday, May 16, meeting. MI Custom Signs already installed new signage for the Metro Telegraph Industrial Drive.
"This is a 20-year investment," Mayor Sollars said. "This signage is not only needed, but it will last for a long period of time."
The package approved by council is for a little over $400,000 in improvements, paid through multiple funding sources.
Signage inside Heritage Park is very old. The main marquee in front of the Sheridan Center Open Air Pavilion, originally installed when the building was a community center, was destroyed by a windstorm earlier this year. While the City has older LED signs in other spots in the community (recreation center, Rotary Park, senior center, etc.), that old manual marquee was likely the most popular (and requested) one in Taylor. However, it listed a limited number of events at a time, and the "Cultural Corridor" area has thousands of events each summer.
It will be replaced by a modern digital board that can store an endless about of events, announcements and images, all of which will rotate on a timer. It can also be easily updated with emergency information, including police alerts.
"When you consider that something may be scheduled at the Sheridan Center, library, soccer and baseball fields, petting farm and conservatory on a given day, this type of digital signage can make a big difference when it comes to informing the public," Mayor Sollars said. "Once we get those main marquees up and running, they are going to be advertising important information on anything from the farm market to the Jr. League World Series, or from the conservatory to the Prechter Center on the college campus."
The newer Northline Road entrance to the park has never had informational signage, despite the fact that is it located just steps away from the Petting Farm and Taylor Conservatory & Botanical Gardens.
In addition to the large marquees, other signage, both large and small, will be replaced and modernized, from the signs at the entrance ways to the park to directional signage, pavilion signage and the sign for the Taylor Community Library. As part of the package, the Jr. League World Series’ row of champions along the northern most roadway in the park will be replaced by a new, stylized "Wall of Champions."