A Transportation Alternative Program (TAP) grant will focus on constructing sidewalks along Telegraph Road, under Ecorse Road and nearby railway overpass. The cost of engineering design, construction and inspection is estimated at $716,000. Sixty-five percent of that will be provided by the TAP grant.

The lack of sidewalks in that area has not only been a determent to non-motorized transport, but to safety. The need has increased has with the development of the Walmart Super Center and adjacent development near that location. Mayor Rick Sollars pointed out that the Michigan Department of Transportation often looks at what are called “goat trails,” or dirt paths, created where concrete or asphalt pathways should exist. It is no secret that walkers and bikers moving between the areas north and south of Ecorse Road have had no choice but to travel through undeveloped fields and even on Telegraph Road itself to get where they are going. Walking or riding on Telegraph has highly dangerous, as is even walking in an area where you might trip and fall within feet of high-speed traffic.

When it comes to connecting one location to another in a large suburban community like Taylor, it often comes down to driving a car or truck – or not connecting at all. While that may have been fine at one time, residents (and potential newcomers) now want their community to feature more non-motor vehicle connectivity. And that’s where TAP funding can become so important.
TAP funding also came into play earlier this year, when it was announced that in 2018, “Fletcher Discovery Trail” and a new “Fletcher Park” will be developed in Taylor. 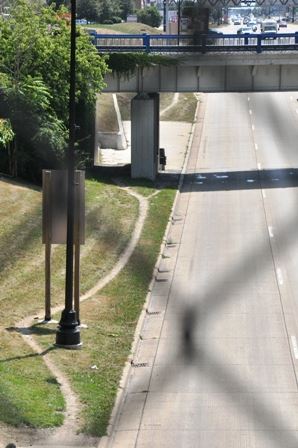