Would you like to hear about many of Taylor’s best features? Just click on the City’s website and let Mayor Rick Sollars, Events Programmer Chelsea Nunnally, Building Department Manager Jamie McCarty, Golf Parks and Recreation Director Jeff Dobek and Building and Grounds Foreman Guido Ulin be your guide!

In 2004, eLocalLink became a cornerstone division of CGI. The division produces tens of thousands of cost-free videos for municipalities across the country and supports those programs through local business sponsorships. The City entered into an agreement with CGI to produce this video package earlier this year, and produced and filmed the segments all across the community during the summer.

“Communicating with our residents and businesses, as well as with potential residents, visitors and businesses, is an important part of our job,” Mayor Sollars said. “CGI’s eLocalLink program gave us a rare opportunity to show visitors to our website how special this community really is, through a short series of introductory videos. Over the course of six videos and a total of just six or seven minutes, we cover a tremendous amount of ground and tell a great story.”

The storytellers include Mayor Sollars (who serves as the featured speaker in the welcome and economic development videos); Nunnally (Healthy Taylor); McCarty (Homes and Real Estate); Dobek (Things to Do); and Ulin (Parks and Recreation).

When Ulin talks about the City’s deep baseball tradition and the annual Junior League World Series, the ESPN Network gave the City permission to show Pennsylvania center fielder Jack Regenye’s “Catch of the Millennium” during the championship game. No matter the video or the storyteller, all have something unique to say.

A seventh short video focuses on some of the area’s Community Organizations, like Gleaners and Downriver Fish & Loaves Food Pantry, among others.

The sponsors of the program, along with the organizations participating, are also linked to the video package, offering further information and in some cases, specialized video. Those sponsors include Beaumont, Wayne County Community College District, and the Taylor School District, and many, many others.

The videos are linked to the portal, home and Explore Taylor pages of the City’s website. 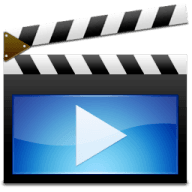