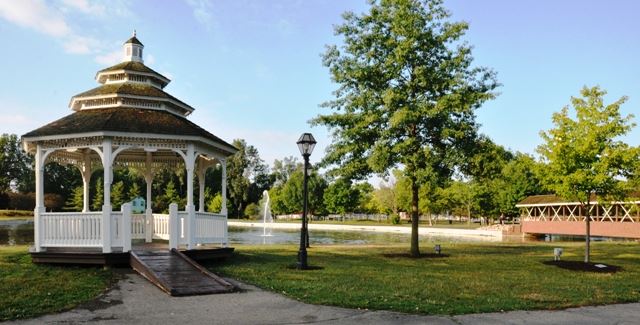 
City Council in August 2016 unanimously approved a motion enabling Taylor to enter into an agreement that would improve security and safety in Heritage Park. The measure directed Police Chief Mary Sclabassi to sign a memorandum of understanding between the City of Taylor and Wayne County Community College Downriver District Campus Police, expanding the campus police’s jurisdiction throughout Heritage Park.

Sparked by a meeting between Mayor Rick Sollars and WCCCD Downriver Campus President Anthony Arminiak, law enforcement officials from both the city and the college met during 2016 to lay out a plan on how the college could better support Taylor Police in Heritage Park. Chief Sclabassi noted that the arrangement is a partnership between the City at the college, and that WCCCD is willing to expand its patrol perimeters to include park, especially during nighttime and weekend hours.

The campus police department upgraded its licensing to enable its officers to patrol a mile outside the campus. She said the Taylor-WCCCD plan is much like the relationship that Wayne State University police has with the City of Detroit, and that Taylor Police and campus security can work very well together.

Improved security at Heritage Park fits right into the many facility-related improvements going on at the park:
With all of this in the mix, Mayor Sollars couldn’t be happier with the security partnership.

“It is a great opportunity for Taylor to receive law enforcement support and coverage from WCCCD, at no cost to the City,” he said. “Our police have a lot of territory to cover in our community. Having WCCCD patrols come through Heritage Park on a regular basis helps insure the safety of our residents and the facilities and properties at the park. This fits into the greater vision that we both have for that particular area.”