Movies in the Park


Mayor Rick Sollars announced that, through an anonymous donor, the City of Taylor was able to purchase a $25,000 inflatable outdoor movie screen and sound system. As a result, the City will begin its own "Movies in the Park" series in 2017.The will be featured in a variety of community events, and will be a great source of free, fun family entertainment, according to Chelsea Nunnally, the City's events coordinator.

The series started with a showing of "The Jungle Book" at the Sheridan Center Open Air Pavilion in Heritage Park. The September opening attracted over 200 people. 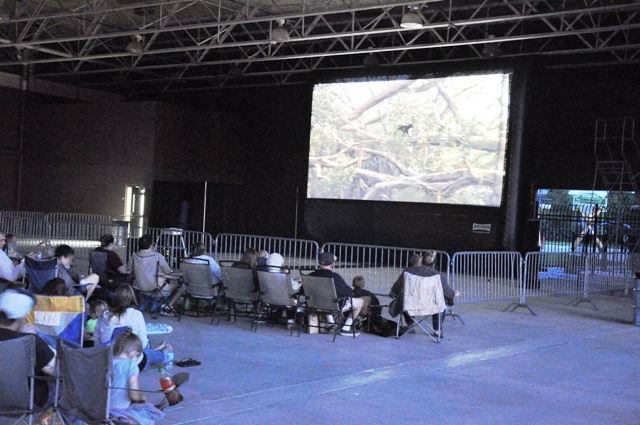 "It's an exciting opportunity for the City of Taylor," Mayor Sollars said. "Things like these help bring the community together. The movies will be free, and they will also create an opportunity for our non-profits in the City. Maybe those groups can do concessions and make a little money. People always see things like this and ask, 'Why don't we do this in Taylor?' We'll, this time we're lucky enough to be able to do it." In 2017, approximately May through October, the system will be scheduled throughout the community. With Heritage Park is an obvious location, the movie schedule will be moved to other locations like Northwest Pool in Northwest Park or the William Ford Senior Activities Center. There will be licensing fees that must be paid to show any movie. Mayor Sollars said he plans to put together a corporate sponsors program. Licensing fees range from approximately $200 to $400 per movie, an affordable sponsorship rate for even smaller businesses in the area.