Stores in the spotlight 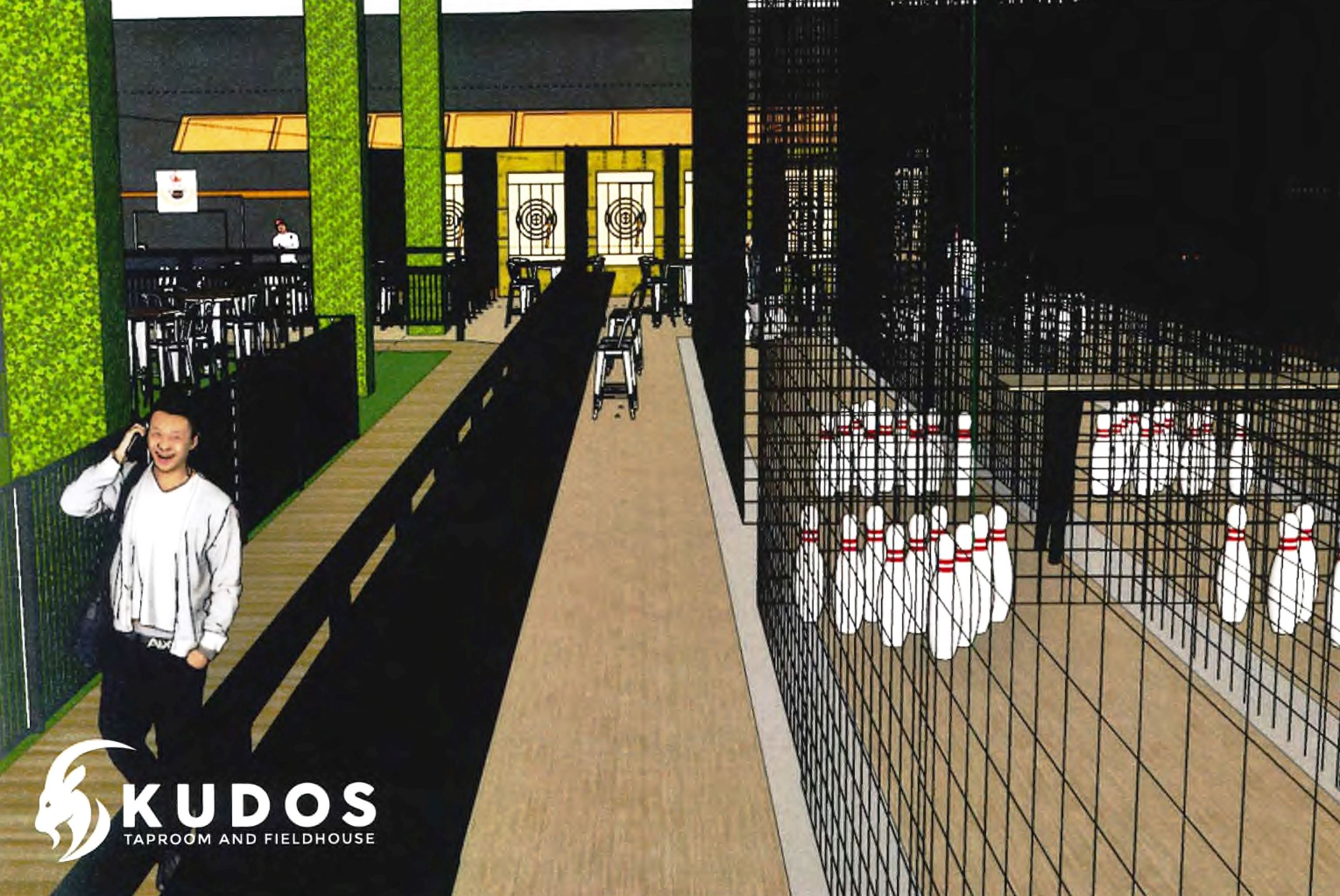 When we stopped by in early October, contractors were working hard inside Kudos Taproom and Fieldhouse, which was scheduled to open during the summer in the old Gander Mountain location but appeared to be now on track for a late 2021 opening.

The concept is a combination of street food and craft beer intermingled with sports like axe throwing and fowling, in an open layout concept. The large interior of property will be broken up into areas housing a retro arcade, corn hole fields and children’s play areas. Some 70, 65-inch televisions and corporate VIP space will also be available. The concept focuses to provide family fun seven days a week through a “one-stop approach” that offers a Disney-like clean atmosphere along with a rustic modern approach, according to the plans.

In addition, Parker Grant is offering a “community” approach that includes a dozen charitable partners and safe fun around a connect-and-celebrate idea. Kudos would like to draw new visitors, sponsors and corporate groups to Taylor. It plans to employ 50-plus full- and part-time workers in the year-around indoor social space.

Tentative hours for operation are 11-11 Sundays through Thursdays, and 11 a.m. to 2 a.m. Fridays and Saturdays.

The firm has previously worked on the creation of Montana State University’s food and beverage strategy; Bay Harbor’s luxury experience along an exclusive five miles of Little Grand Traverse Bay: all facets of operations on minor league ballpark Jimmie John’s Field; the creation of Agave Tequila Bar in Ann Arbor; and the recreation of the Midland Brewing Company.

A large objective for the Kudos Taproom and Fieldhouse team involves charity partners and social activities that can raise funds for charitable donations.

For more information on Kudos, find them on Facebook at facebook.com/KudostheGoat or on its website at kudosthegoat.com.

Motif Jewelers moves from Southland to nearby corner

After nearly 23 years in Southland Center, Motif Jewelers is preparing for a move to the northeast corner of Eureka and Racho roads. A soft opening was planned for mid-February, followed by a grand opening at the beginning of March 2021. "We’re excited for Taylor and all of Downriver to visit us in our new home, and experience our great products and services to which they’ve grown accustomed for generations,” said Arakel Eric Chopjian, Motif Jewelers’ director of operations, told The News-Herald Newspapers recently. “We’ve always wanted a stand-alone presence in this area to further enhance our reputation as a premier retail and service destination.”

Motif Jewelers' move further strengthens the Eureka Road corridor between Telegraph and Allen roads, which, according to Taylor Mayor Rick Sollars, is one of Michigan's hottest development regions. "The city of Taylor is extremely glad to see that Motif Jewelers is relocating to another site in the community," he said. "The pandemic has turned the business world on its head, and this has been a very difficult year for everyone. We value businesses like Motif, and we know that our residents do, too." 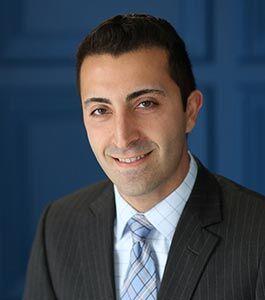 Hampton Manor has been approved by the Planning Commission to build a 72-unit elderly assisted living center on 6.18 acres of property on the northwest corner of Pardee Road and Superior. The developers worked with the City for months refining the project, which will include amenities like a putting green, salon, spa, theatre, library, outdoor walking paths, benches and gazebo. It will be located northwest corner of Pardee and Superior, within walking distance of the Eureka Way! business and entertainment district. Hampton has years of experience in providing care to seniors. It has used its knowledge, the latest technology and the highest standards of hospitality and care to develop and operate some of the most advanced, top rated, newly built, and friendly senior living communities in the nation. Its portfolio consists of several assisted living communities, and it has created a team of thoroughly trained and licensed staff who take pride in being a part of the Manor Senior Living family — physicians, licensed nurses, nursing assistants, caregivers, therapists, activity directors and managers. 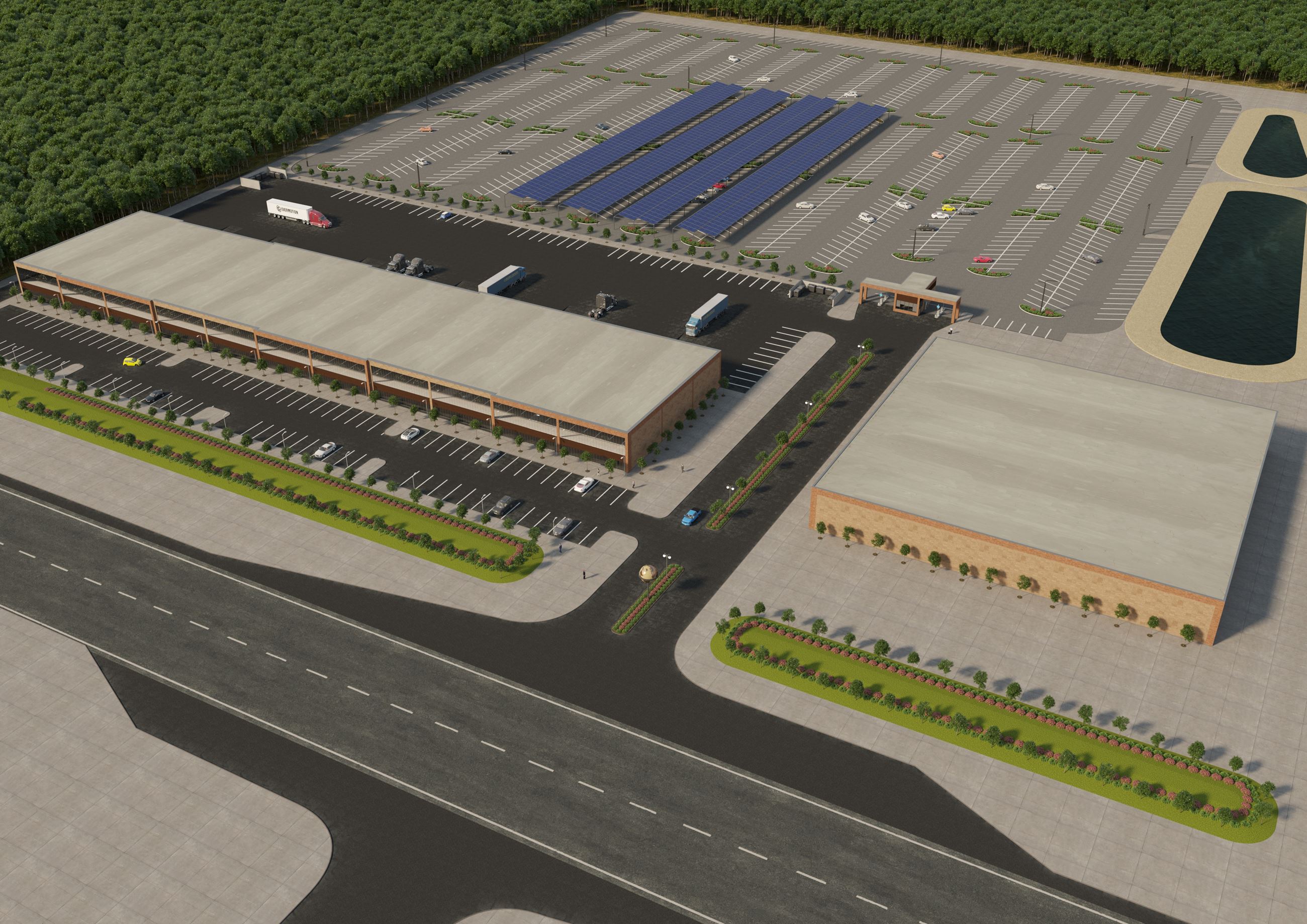 Clearing for the World Gateway of Taylor project has been ongoing along Inkster Road, north of Eureka. The unique project calls for an 83,500-square-foot industrial center that includes three environmentally friendly “green” buildings and a parking lot made of permeable pavers for vehicle storage targeting traffic to and from Detroit Metropolitan Airport. Even the parking lot canopies will hold solar panels.

A “green” building is a building that, in its design, construction or operation, reduces or eliminates negative impacts, and has a positive effect on climate and natural environment. Green buildings preserve precious natural resources and improve quality of life. Some elements of typical green buildings include efficient use of energy, water and other resources; use of renewable energy, such as solar energy; pollution and waste reduction measures, and the enabling of re-use and recycling; good indoor environmental air quality; and use of materials that are non-toxic, ethical and sustainable.

Likewise, permeable pavers are environmentally friendly, although installation is difficult and expensive. Parking lots made of permeable pavers reduce or eliminate the need for drainage systems and provide lower long-term costs. For example, over a recent three-year period, the University of California Santa Cruz installed six permeable paver parking lots on its campus, totaling more than 150,000-square-feet. The lots had the ability to handle heavy traffic, and eliminated the need for run off detention (had they been concrete or asphalt). Storm water filtering through these type of pavers is considered one of the best management practices by industry experts.

The TownePlace Suites line is part of an “extended stay” series, built for the traveler. These properties feature modern spacious suites with full kitchens, free Wi-Fi and breakfast. Others that fall into that same class are Residence Inn and Marriott Executive Apartments.

The Ramada Inn complex was torn down in 2015 when a new developer acquired the site. Plans for a hotel, or more than one hotel, had surfaced from time to time. The developer owned both the old Ramada site and the former Taylor Tool location on the northern side of Eureka Road.

A new strip mall was eventually built on the abandoned Taylor Tool location and is anchored by La-Z-Boy. Tropical Smoothies and Detroit Wing Co. are also in that center, which is directly across from Trader’s Pointe.

For a lengthy period of time, Taylor featured only a single hotel location, Comfort Inn & Suites on Telegraph Road north of I-94. But soon it will have three – Fairfield Inn, TownePlace Suites and Hilton Home2Suites, on Pardee Road across from Southland Center and Target.